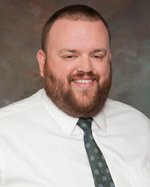 He is Board Certified in Family Medicine.  He received his medical training from St. George’s University in Grenada, West Indies, and completed his residency at Providence St. Peter in Olympia. Dr. Wardrop grew up in Minnesota and fell in love with Washington’s mountains, its rivers, the Puget Sound, and its people. When not at work, he can be found fly fishing on the Olympic Peninsula or in Montana. His medical interests include internal medicine, procedures, and pediatrics.

9am to 9pm Monday through Friday

Find Us On Social Sites